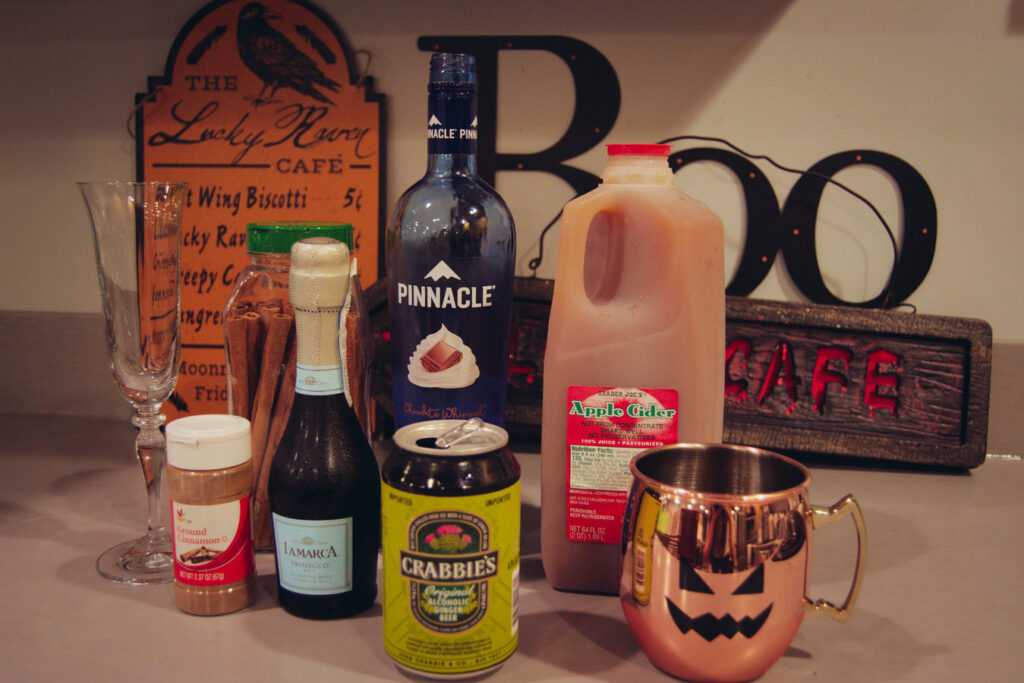 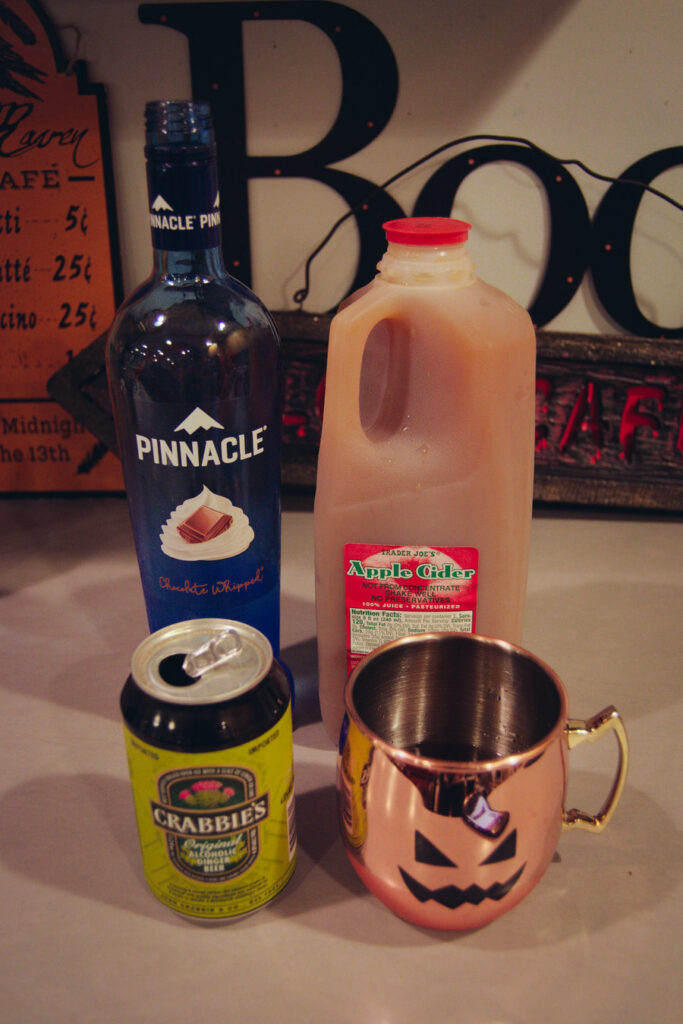 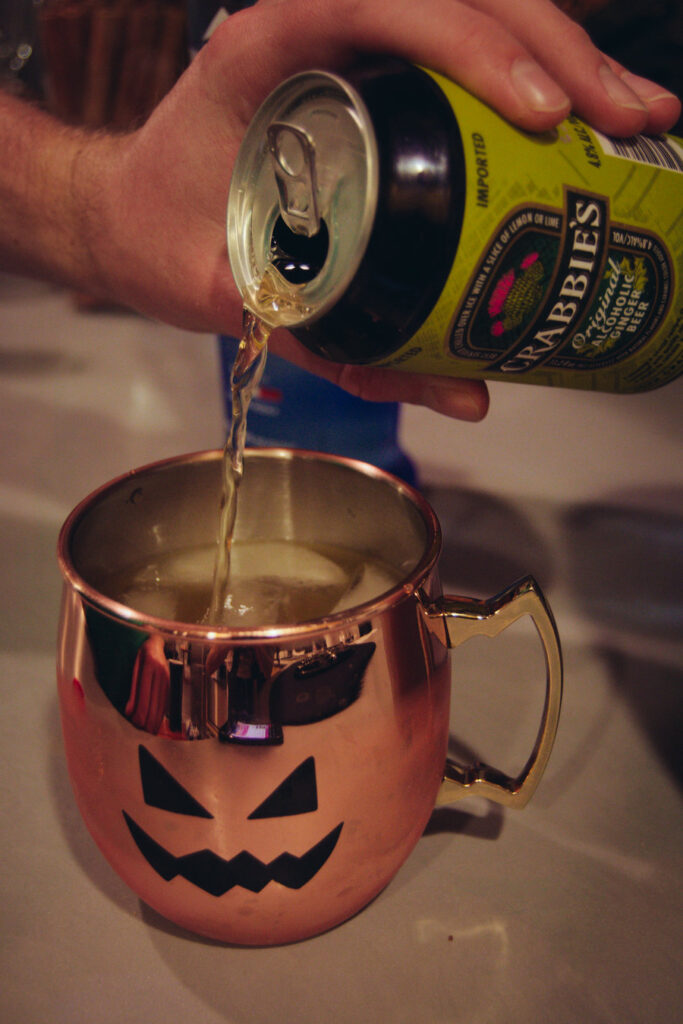 Mix the ginger beer, vodka, and apple cider in a Moscow Mule Mug with ice. Alex honestly eyeballed the ingredients and it turned out great! After adding the liquid ingredients, garnish the drink with cinnamon sprinkles, a cinnamon stick, and some apple slices. Cheers! 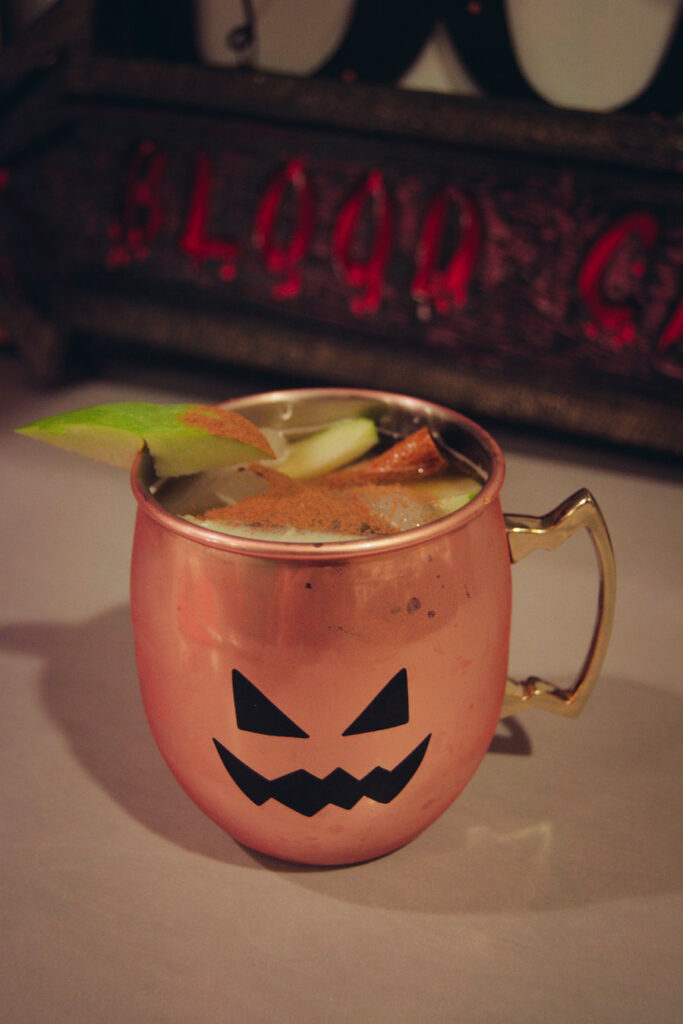 The drink I decided to mix up was an Apple Cider Mimosa. I like regular mimosas so I thought an apple cider one would be just as delicious! This was another recipe we just eyeballed. Sometimes I think the best drinks are made by eyeballing and taste testing. 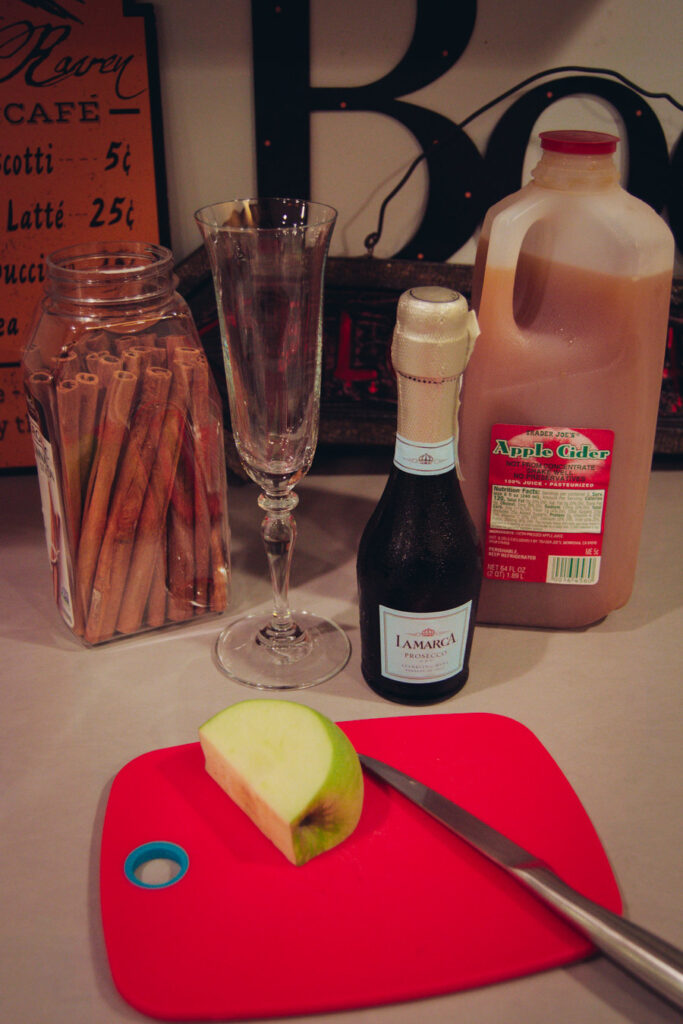 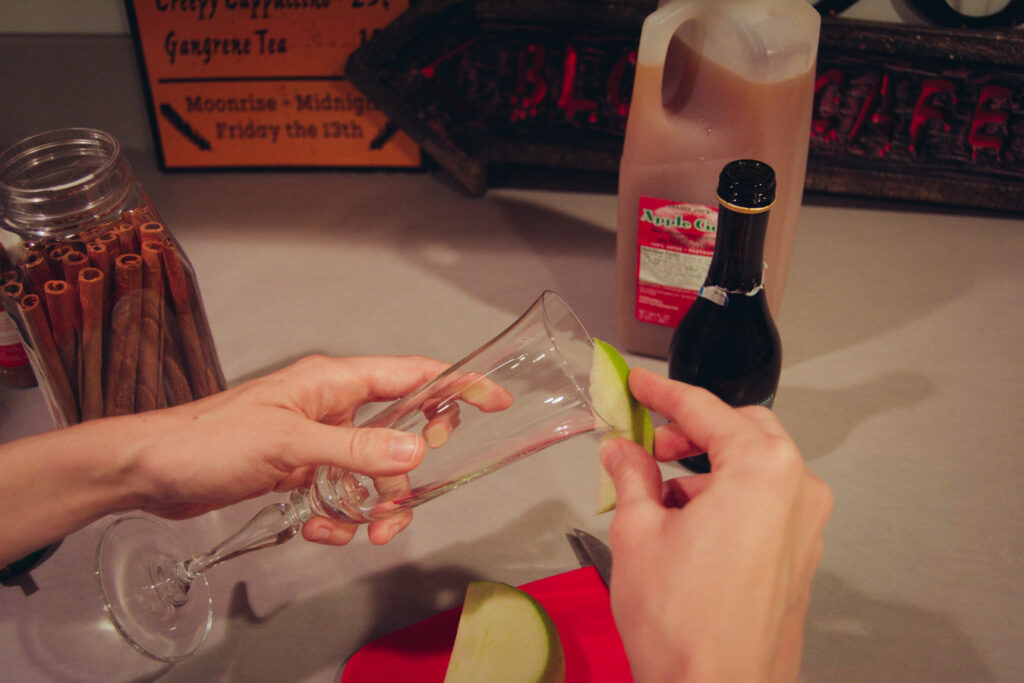 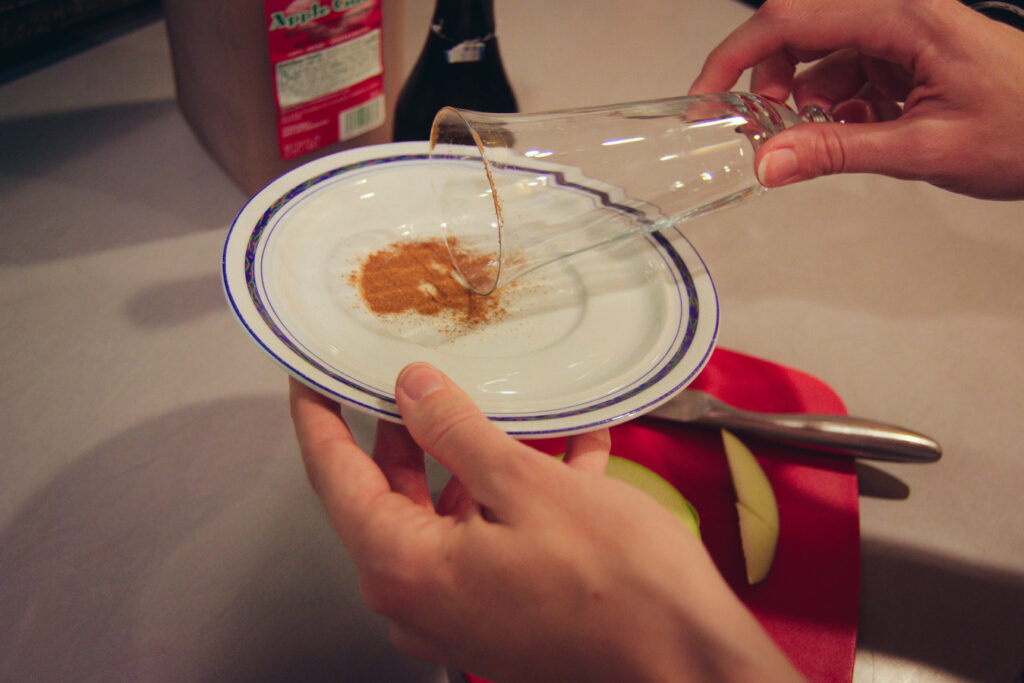 Once you have rimed your glass with cinnamon, you are ready to mix your drink. I filled my champagne flute with about 3/4 prosecco and 1/4 apple cider. You can do any amount of prosecco and apple cider you like. 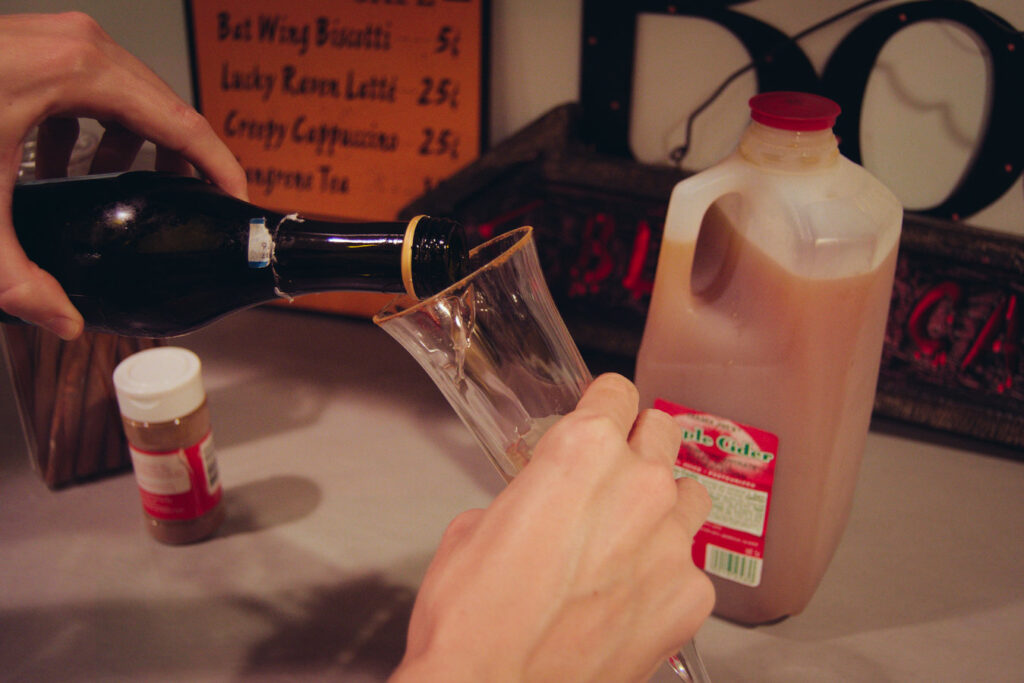 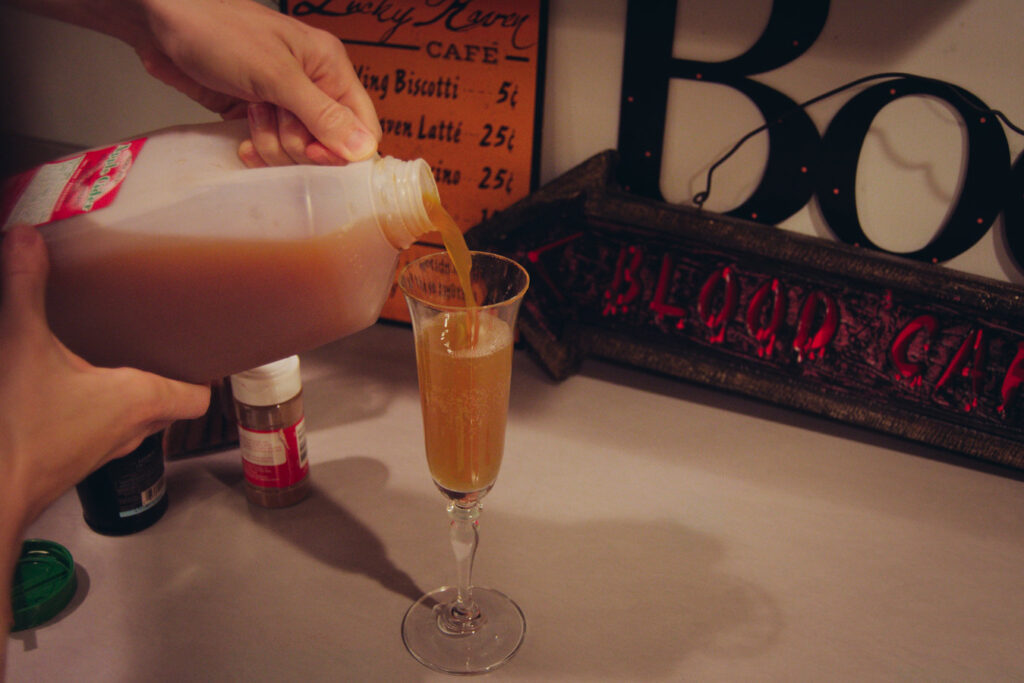 After filling your glass with prosecco and apple cider, garish your drink with an apple slice and a cinnamon stick. Cheers!

Thirsty Thursday in the fall definitely calls for apple cider mixed drinks. We would recommend you try both of these drinks. They are easy to make and festive for the season. 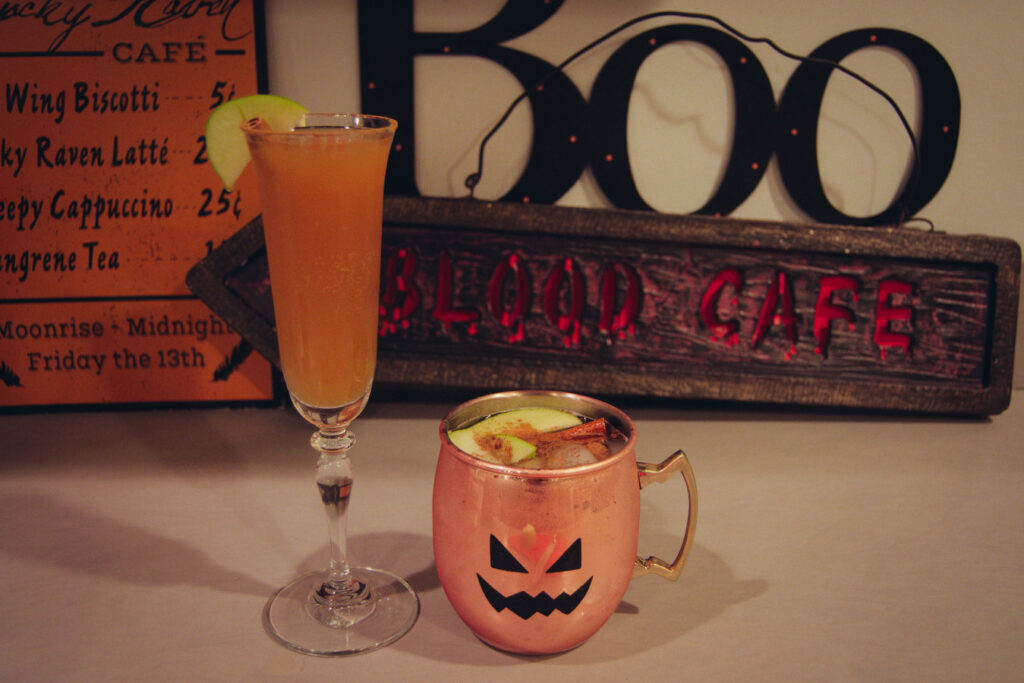 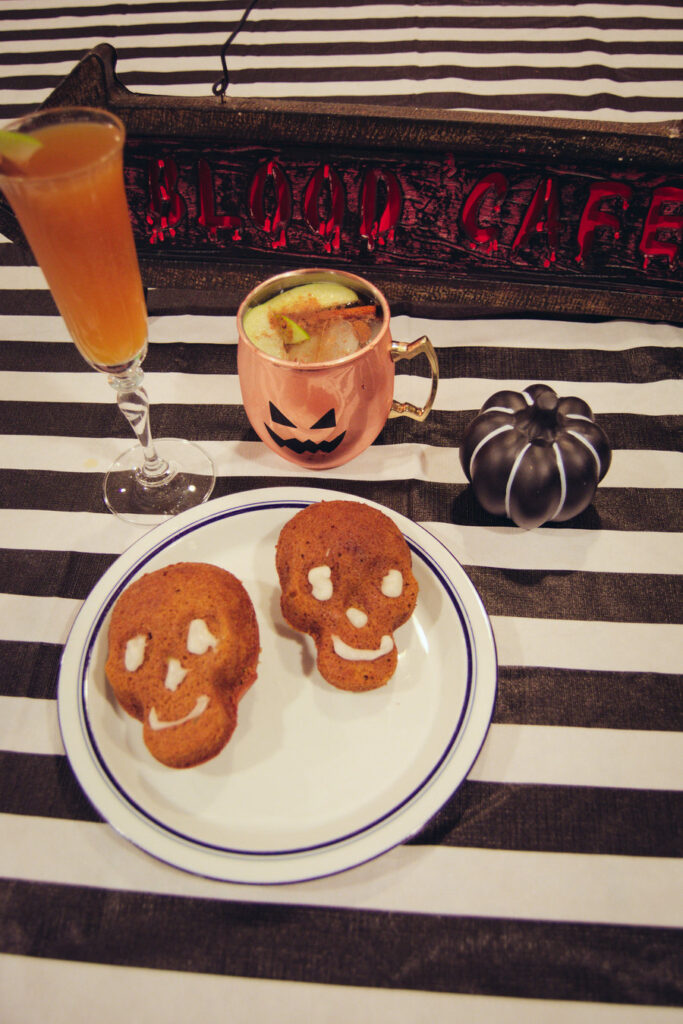